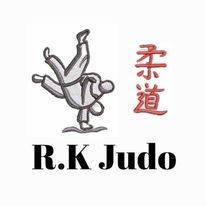 R.K.Judo Club started in Spain, after we moved there as a family in 2001. We set up and ran a very successful Club In Ingoldmells for 11 years previous, called Higashi Judokwai. We also ran our own Area of the British Judo Council, East Lindsey Area Judo, along with other clubs we set in and around Skegness, in schools and village halls. We also ran the only youth club in Ingoldmells at the time, at our Higashi Based club, which helped so many children in the village communicate. Before that Rodd set up and ran the forever going S.R.Judo Club in Swannington Coalville, in 1982, now run by his son.

Once in Spain we set up R.K. and continued our affiliation to the British Judo council, who have been a great help to us and our members. We ran classes in our own dojo, for children and adults, and the success again was amazing. We travelled to many competitions across Europe and produced many Champions, both in Spain and Internationally.

Due to our youngest Son Ben, who now helps coach, we decided to move back to the UK, so he could finish his higher education and continue with his judo career.

We returned to the UK in 2019, and of course started another club, keeping the name R.K.JUDO CLUB, as many of our players in Spain are still very much active members. We had a short spell of starting, then of course the Pandemic hit, and the club had to close. But we didn't stop, we carried on, online every week, and then moved to the garden shed, which we turned into the temporary Dojo. All our members in the UK and Spain, have stuck with us and we are now so pleased to be able to start again in our new venue, and once again train together as a club, children and adults alike.

Rodd and wife Karen (Kaz) are fully qualified, fully insured, DBS checked and have up to date first aid certificates and qualification's for teaching, children Judo and sport.

We hope we can make this club as successful as previous ones.

We are very much a #judofamily, and teach Judo to anyone who wants to learn this Olympic Martial Art, whether it be for Recreational sport, fitness or competitive judo. 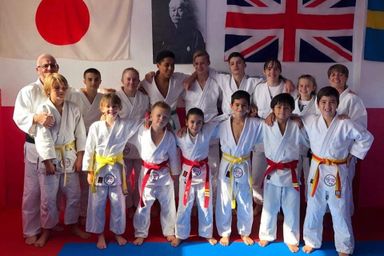